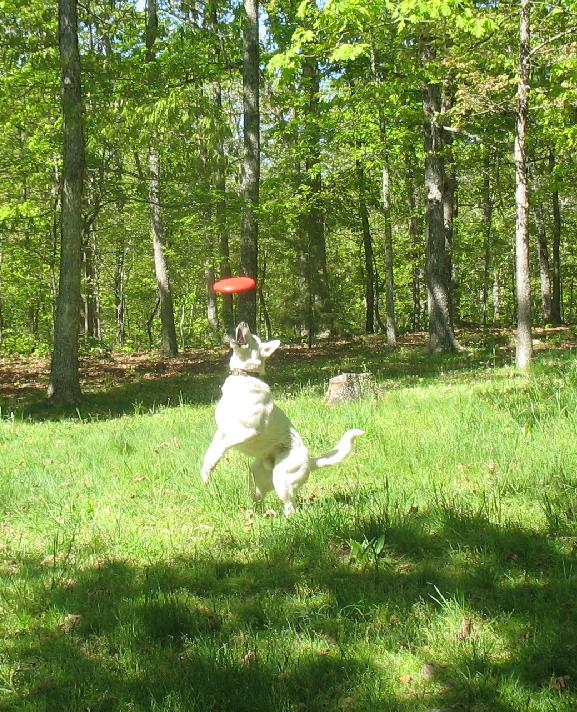 Easy to train, quick to learn and with unsurpassed loyalty, White German shepherds make an ideal working dog or family companion. While these attributes are all hallmarks of this amazing breed, some German shepherds can develop joint problems as they age. New research from the UC Davis School of Veterinary medicine suggests that there is a connection between early spay and neutering and the development of one or more common joint problems.

Breed Specific Concerns
The recommendation to delay spaying or neutering past the first birthday does not apply to all breeds; it is specific to German shepherds and a few other large breeds. The most common forms of joint disorder in white German Shepherds are CCL tears and elbow dysplasia; delaying neutering until after your pup’s first birthday can drastically reduce his chances of developing one of these conditions, according to the study

“Debilitating joint disorders of hip dysplasia, CCL and elbow dysplasia can shorten a dog’s useful working life and impact its role as a family member. Simply delaying the spay/neuter until the dog is a year old can markedly reduce the chance of a joint disorder.” – Benjamin Hart, UC Davis School of Veterinary Medicine

Most pet owners in the USA are urged to neuter pets before six months of age; following this directive as GSD owner can triple your pets risk, according to the most recent research. To reach these findings. Over a thousand German shepherds were tracked and examined during a 14-year period. Both joint disorders and cancers were drastically reduced in the population that was neutered; in addition, female dogs that were neutered early also had a higher rate of incontinence as adults.

Overall, the study revealed that neutering before 12 months of age tripled a German shepherd’s risk of developing joint issues as an adult. While other dogs were tested, only the Golden Retriever fared worse from early neutering than the GSD; these friendly pets are four times more likely to suffer from joint issues when neutered early.

The Gunther White German Shepherd Commitment
This research is new, but worth considering as you bring your new Gunther White German Shepherd pup home and begin making important decisions about his health. We are committed to keeping an eye on the latest developments and research that impact this amazing breed and to supplying you with everything you need to know to raise a healthy, happy companion.