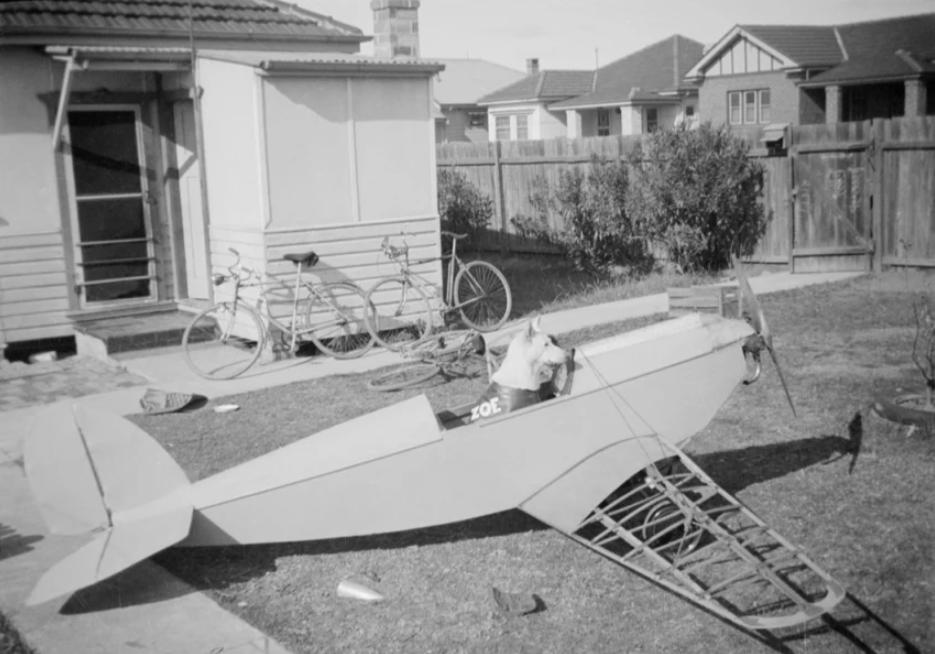 Zoe the Police Dog (a white German shepherd) was a household name in Australia in the 1930s and ’40s. One of the first dogs trained for the police force in Australia, she and her cohort were hugely popular.

A large, expensive manhunt led to the decision to create the dog force, inspired by success in the UK, where bloodhounds were used; they weren’t available here so German shepherds were trained instead. Dogs were used to track missing children, hunt for criminals on the run and sometimes to attack.

A white German shepherd, Zoe was the first police dog in the world to respond to a radio signal, wearing a small transmitter attached to her harness.
Zoe the police dog in 1940, seeming to fly.

Zoe the police dog in 1940, seeming to fly. Credit:Australian Museum

She was also trained to do stunts at charity events, appearing to drive a car, a miniature tank, then a plane. The Sun reported she was a star turn at the February 1941 police carnival when she appeared to drive a specially constructed miniature car. The weight of the dog taking her seat in the car, on command, started the motor and enabled the vehicle to be steered by remote control.

Scotty Denham spearheaded use of dogs in the force and Constable Eric Brown made the plane. Known as the Zoeplane, it had a wingspan of 16 feet and a fuselage length of 20 feet and could take off and land. Built as a charity fund-raising prop designed to have a dog in the cockpit, it was anchored to a long arm which revolved around a platform, counter-balanced by a weight that went up as the plane went down.

Even though the dogs were often featured in the magazines back then, these pictures from the Forensic Archive have never before been published. Zoe went deaf in her old age and died in 1946, in news that made the papers.